Enjoy life at its' simplest forms. Climbing, Travel, Food and Love for Nature

When I started climbing at my local bouldering centre called The Climbing Station in Loughborough last March, I have noticed one regular climber that would boulder with a blindfold on. He did always have his partner alongside him, and she would sometimes guide him through the routs.

Now, never in milling years I would have guessed that he was blind, so I said out laud why would you climb with a blind fold? He actually replied and said “it’s because I’m blind”. I was just blown by that as he was climbing higher grades (and still is) than me, so we are talking about routs harder than V4.

Throughout the year, having random conversations with many other regular climbers at the station I have found out a little bit me about Jesse and to find out that he is GB Para climber and he competes was very inspirational to me.

He was born with about 20% of central vision, with large blind spots, and his sight has continued to deteriorate over time. He wears the billfold while climbing as this helps him concentrate on movements of the rout. 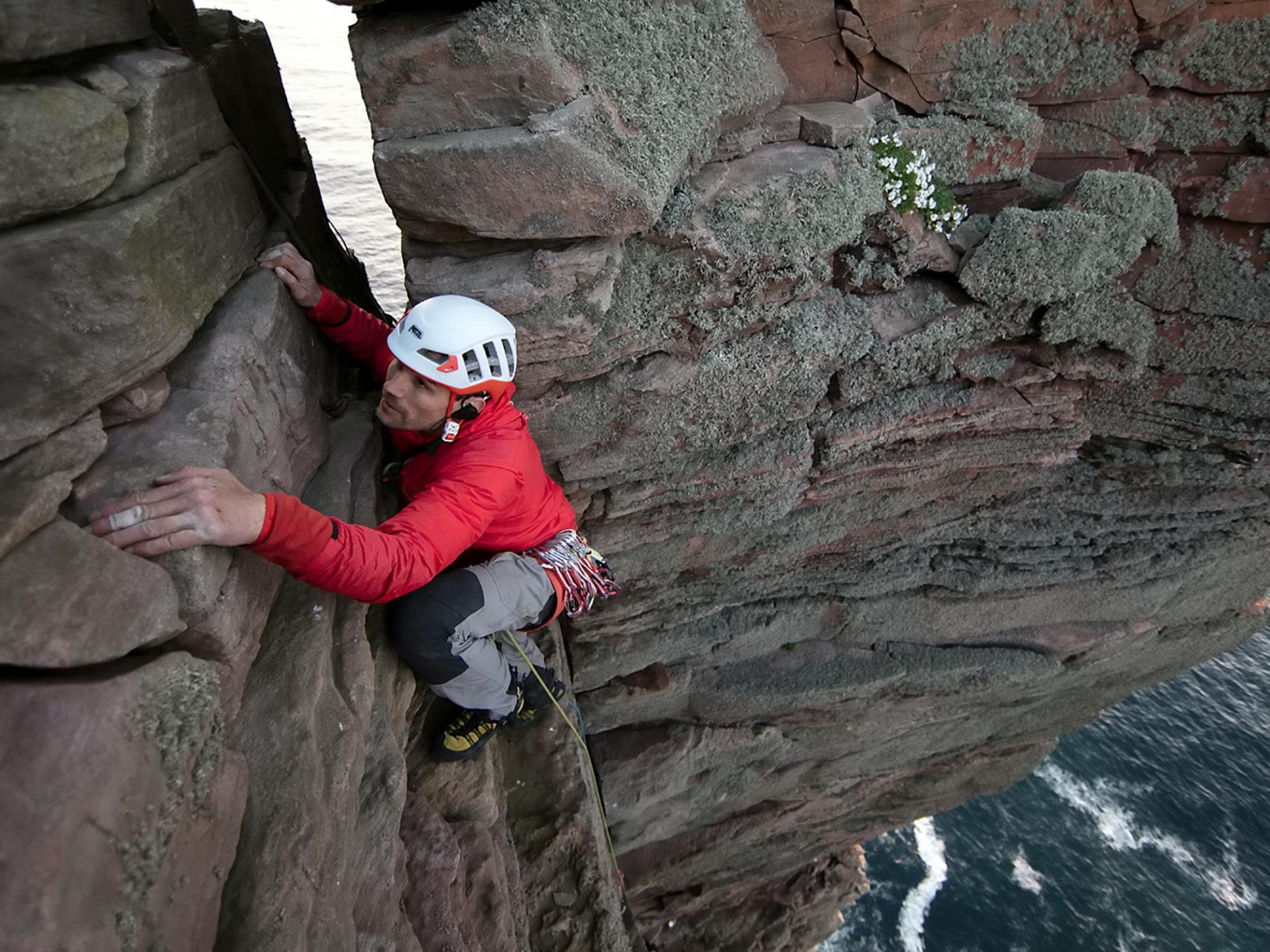 He truly shows, that if you love something, or you have a drive to be the best you can be, the only thing that stands in your way is your own mind set, attitude and determination.

I always think that if you truly have a goal, or you want to achieve something, it is important you do it for the right reason to stay motivated and inspired to get to the finish line. I think that’s a great theory to take on when making changes in your life or daily routine.

Going back to Jesse, he is now releasing a movie called Climbing Blind, which is about him and his journey to lead trad climb The Old Man of Hoy in Scotland. This is a 6 pitch rout on the East Face graded E1 5b, and he have led all 6 pitches.

You can find list of your local movie showings here, and you can read more about his inspirational journey on his own blog.